Other historic sites & museums:
A division of: 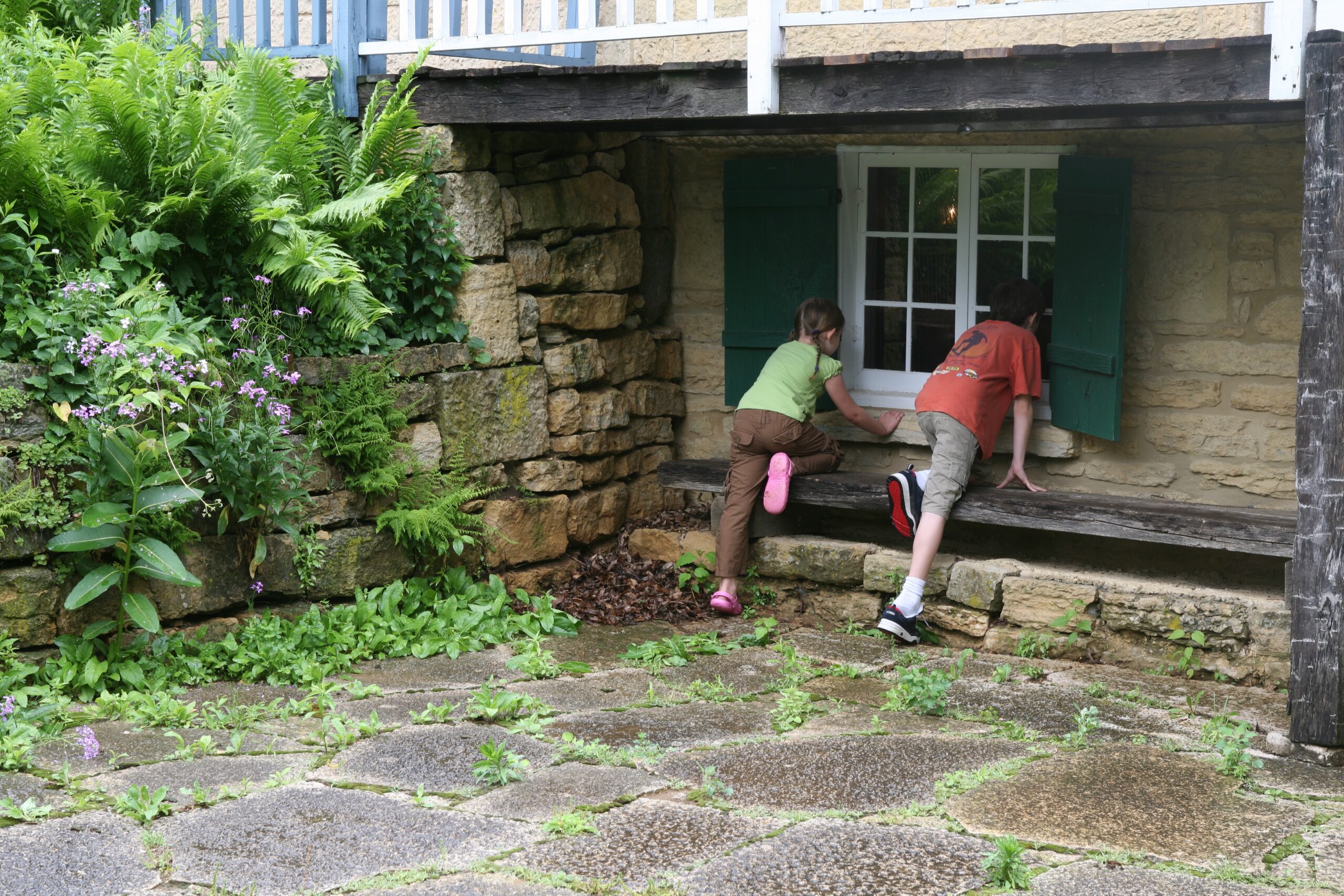 Business and life partners Bob Neal and Edgar Hellum met in 1934 and dedicated their lives to saving the structures and stories of Mineral Point’s mining history. The couple salvaged, restored, and made these buildings shine again, even establishing a popular restaurant on the site to fund their preservation efforts.

Tucked away in a valley in historic Mineral Point, Pendarvis celebrates the groundbreaking community of some of the first Wisconsin “badgers.” As you approach this charming neighborhood, the 19th century will instantly come alive through the quintessential limestone buildings and cozy nooks.

Constructed in 1845, Pendarvis was purchased in 1935 by Bob and Edgar. The dining room of the Pendarvis House restaurant served traditional Cornish pasty dinners, tea, saffron cake, and pastries with clotted cream. It was named as a top seven restaurant in the country by The Saturday Evening Post and appeared in publications such as National Geographic and Life magazines. The restaurant was a favorite of Duncan Hines, who visited twice and listed the restaurant in the early editions of his guidebook, Adventures in Good Eating.

Bob and Edgar bought their second Shake Rag house in 1937 all because of a birch tree. Built in 1842, Polperro was used as their residence while they restored Trelawny. Their work included stripping clapboards from the building to reveal the log and stone structure underneath and removing a two-story addition. Bob and Edgar used the first floor space as an antique shop and mining museum, while the second floor housed their Wisconsin history library, including diaries, books, photographs, drawings, maps, and papers from early southwest Wisconsin settlers.

This was the third building bought and restored by Bob and Edgar in the late 1930s and was the home they shared for 37 years. Richard Thomas and James Carbis, Cornish stonemasons who also constructed Orchard Lawn, built this house in late 1842/early 1843. The original four room structure housed nine people. The kitchen, located in the back of the house, was added during the 1930s restoration and serviced the adjacent restaurant. Bob and Edgar entertained guests and friends here. The first-floor rooms still appear much as they did while they lived here in the 1940s

The oldest structure on site, this cabin was built in 1841 and home to John and Christiana Martin and their five children. Both were immigrants to Mineral Point, with John being one of the earliest Cornish settlers in the early 1830s and Christiana arriving from Nova Scotia. Bob and Edgar bought the entire Tamblyn’s Row structure in the early 1950s and removed clapboard siding as well as an addition from the cabin.

This Cornish pub in the basement of Tamblyn’s Row was created in the 1960s by Edgar and never existed before that time. After visiting Cornwall several times, Edgar was inspired to recreate a pub for Pendarvis. The leather trim comes from his uncle’s shoe factory in Stoughton. This room was most likely originally used as a cellar or kitchen.

Though this property never belonged to Bob and Edgar, it is central to the mining history they were attempting to save. Over 100 badger holes and mine shafts dot this hill and can be seen from trails winding through one of the largest prairies in Southwest Wisconsin. After zinc was discovered in the mines around Christmas time, the mine became known as Merry Christmas Mine. Take to the trails to learn about the natural and historic landscape shaped by mining from our new interpretive panels! Open sunrise to sunset every day.

Learn with the Wisconsin Historical Society

The best day of your school year awaits! Don’t just read about history, experience it! Field Trips at the Wisconsin Historical Society’s historic sites and museums allow students to step into the worlds they’re studying through fun adventures and engaging experiences around the state for grades k-12.

Pendarvis is one of the 12 historic sites and museums owned and operated by the Wisconsin Historical Society. Explore all of these sites below.

Learn more about all our sites here!